Biden Executive Action Sides with Middlemen, Rather than Patients

Op-EdAppeared in Array on February 12, 2021By Dr. Chad Savage

The Biden administration is handing down executive orders at record pace, but some are worse than others. Although it received little attention amid the clash between Reddit and Wall Street, one recent executive action will impact Americans at the pharmacy counter. President Biden has delayed the implementation of the rebate rule—a policy aimed at lowering the cost of prescription drugs.

The rule, developed by the previous administration, targets one specific cause of bloated drug prices: pharmacy benefit managers, or PBMs, and their backroom system of rebates.

Under the current system, insurance companies hire these PBMs to help coordinate which drugs should be covered under specific plans and to manage pharmacy benefits. Seems reasonable enough, but that’s only part of the picture. Since PBMs act as the gatekeepers between drug companies and the patient market, they’re able to use their influence to negotiate big discounts on pharmaceuticals. After pocketing a portion of that money, PBMs pass the rest on to the insurance companies, which in theory helps control premium prices, but does little to lower drug costs at the point of sale.

The middleman position seems like a sweet gig. In 2018, PBM’s collected roughly $166 billion in discounts and rebates from drug companies—a number that is only likely to grow. According to a report from the Berkeley Research Group, drug manufacturers are retaining a smaller and smaller share of brand name pharmaceutical spending as other entities are capturing a growing portion of the revenue. It’s a trend that extends back to at least 2013.

While drug middlemen are becoming rich off a complex web of rebates and kickbacks, guess who’s getting the short end of the stick? People at the pharmacy counter who are paying top shelf prices. In 2020, Americans paid roughly $360 billion for pharmaceuticals—a dollar figure that has tripled since 2000. Lowering these prices should be a priority.

The Trump administration attempted to rectify the situation by imposing anti-kickback laws onto PBMs when dealing with Medicare Part D rebates. The policy essentially reroutes the discount on drug prices, which are already provided by manufacturers, to Americans at the pharmacy window, rather than PBMs. Although the direct impact of the action is limited, it would likely have a ripple effect that lowers the price of drugs across the board.

Unfortunately, the Biden administration pushed back the implementation date of the rule by a year—a move that was unsurprisingly applauded by the middleman lobby. PBMs are hoping the additional time can be used to push for a permanent repeal of the policy. Meanwhile, for those Americans struggling to afford high prescription drug costs, the delay is a punch to the gut.

The health care system in the U.S. is riddled with bureaucracy and regulatory schemes that push the price of care through the roof. Prescription drug costs are yet another piece to the puzzle that needs to be addressed. Congress should step-in where the White House won’t and pursue reform that prioritizes patients, not those trying to game the system.

Dr. Chad Savage is the founder of YourChoice Direct Care in Michigan and a member of the Job Creators Network. 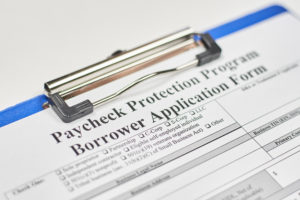 To Work, PPP Loans Must Be Fully Non-Taxable

Tax headaches have started early for American small businesses this tax season. States can help these employers and accelerate the…