Op-EdAppeared in Array on July 30, 2020By Alfredo Ortiz 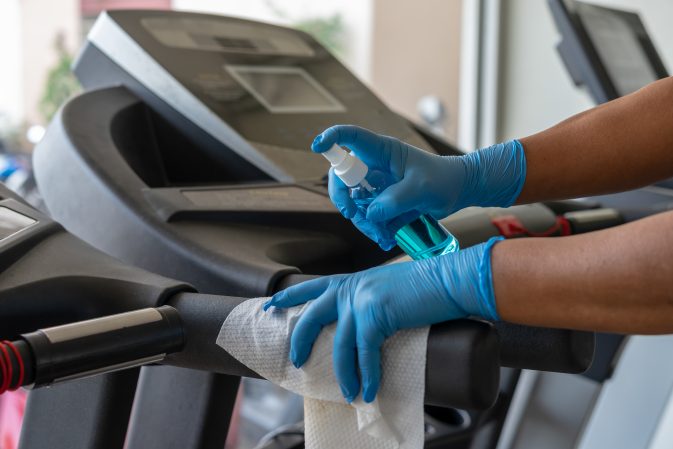 Arresting small business owners while permitting large violent protests. That’s the response of some Democratic state and local governments across the nation in recent weeks.

Witness New Jersey, where police this week arrested the owners of Atilis Gym in Bellmawr for defying state orders to close the facility in response to COVID-19. The gym owners, Ian Smith and Frank Trumbetti, had taken virus-spread precautions, including social distancing, closing workout stations, operating at 20% capacity, requiring face masks, increasing equipment sanitization, and taking temperatures. To no avail. Atilis Gym is just one of countless American small businesses trying to balance public health, government edicts, and profitability before being shut down by government edict.

Why are these left-wing protests allowed when small business activity — itself a form of political protest in today’s climate — is not? The virus doesn’t distinguish between gatherings based on political preference. Neither should politicians. New Jersey Gov. Phil Murphy, who’s led his state’s business crackdown, even attended a Black Lives Matter protest in June in defiance of his own order prohibiting large gatherings.

Congressional Democrats’ proposed $3.5 trillion coronavirus relief package would add to employers’ pain. They plan on extending the $600 a week (about $2,500 a month) supplemental unemployment insurance on top of what states already provide. Paying people a few thousand dollars a month to stay home makes it a lot more difficult for small businesses to reopen, rehire a workforce, and restart national economic growth.

According to an analysis by economist Steve Moore’s Committee to Unleash Prosperity, four in five recipients of expanded unemployment benefits earn more staying at home than returning to work. The group estimates that extending these benefits will cost the country 10 million jobs. In other words, it would kill the economic recovery.

The difference between the Democrat and Republican stimulus package proposals is “like a giraffe and a flamingo,” said House Speaker Nancy Pelosi this week. Sticking with the animal theme, Senate Minority Leader Chuck Schumer said, “A golden retriever can’t mate with a Chihuahua. You have a Chihuahua. We have a beautiful lion.”

Putting aside the golden retriever/lion mixed metaphor, only among Washington Democrats could Republicans’ $1 trillion stimulus package be negatively compared to a Chihuahua. When it comes to an unprecedented blowout of taxpayer money, bigger is not better.

The Congressional Budget Office already estimates that the national debt will reach roughly 100% of GDP by the end of the decade. With the addition of several trillion dollars spent this year, that figure could exceed the 113% record set at the end of World War II. Policymakers must do everything they can to keep additional coronavirus spending as low as possible to prevent today’s problems from becoming future generations’ burden.

But Democrats don’t care about debt. Much of the party now subscribes to Modern Monetary Theory, a crackpot economic doctrine that claims debt doesn’t matter because the U.S. can simply print money to service it. It’s a theory so dumb that it could only have come from the economics departments at the nation’s major universities. In reality, printing money destroys its value, causing high price inflation, which hurts ordinary people, who see their savings wither and consumption power shrink. Watch the price of gold for early indications the chickens of this theory are coming home to roost.

The U.S. economy is already showing signs of recovery as broad stay-at-home orders have been lifted. The unemployment rate has fallen to 11.1%. Washington legislators can help accelerate the return to normal by providing liability protection for small businesses reopening. But backdoor socialist policy, through trillions of more dollars in government spending, will put the economy in neutral — at best.

The arrest of the New Jersey gym owners, while mass protests are allowed to continue miles away, is a microcosm of Democrats’ broader agenda that punishes hardworking Americans and rewards loafers. Suburban voters should take note. 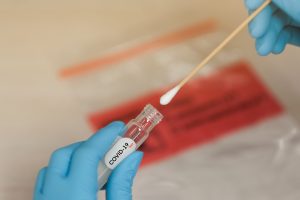 Fear over the coronavirus has exploded in recent weeks. As the mainstream media continues to fear monger and snowball healthy…