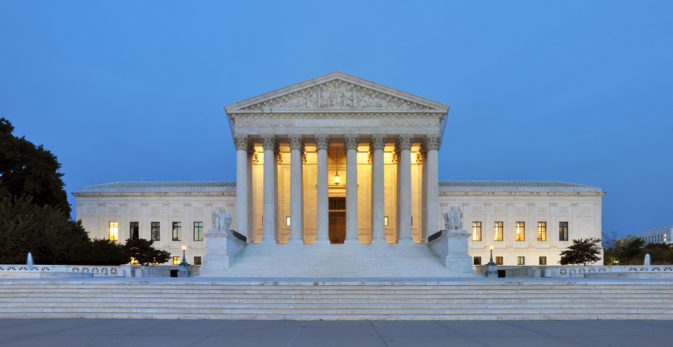 During the Amy Coney Barrett’s Senate confirmation hearing this week on her nomination to the Supreme Court, Democratic senators on the Judiciary Committee have spent lots of time grandstanding about ObamaCare. They have claimed that Judge Barrett’s confirmation threatens legal protections for Americans with preexisting health conditions.

“The Affordable Care Act protects you from getting kicked off your insurance. That’s on the line,” said Sen. Amy Klobuchar, D-Minn.

Against the backdrop of blown-up pictures of patients with chronic conditions, Sen. Dianne Feinstein, D-Calif., said: “Health care coverage for millions of Americans is at stake.”
Democrats’ tactics are no surprise. On Nov. 10, one week after Election Day, the Supreme Court is set to take up a constitutional challenge to ObamaCare. Yet even if the challenge is successful, ObamaCare isn’t going anywhere. At most, the law will need some tinkering to conform to the Constitution. Protections for those with preexisting conditions aren’t going away, no matter how the Supreme Court rules.

Democratic claims to the contrary are fearmongering designed to scare voters and score political points.

Most Americans get health insurance through their employers. This type of insurance already has strong protections against discrimination based on preexisting conditions, due to bipartisan health legislation passed in the 1990s. No potential changes to ObamaCare would affect this law.

The vast majority of Americans not receiving health insurance through their employers receive public health care through Medicare or Medicaid, which also forbid chronic-condition discrimination.

President Trump has promised to protect the few million people with preexisting conditions who receive health insurance on ObamaCare exchanges.

By the Obama administration’s own estimates, just 2.7% of roughly 130 million Americans with preexisting conditions gained access to coverage through ObamaCare. There’s strong bipartisan support for these patients to remain protected. President Trump has promised to veto any health reform that doesn’t protect them.

Ironically, Democrats have done the most to hurt those with preexisting conditions (and all those with medical histories) by reducing health care choices and increasing costs.

Last week, the Kaiser Family Foundation revealed that the average cost for employer-provided family health insurance in 2020 is $21,300 — up 55% since 2010, the year that ObamaCare passed.

This dollar figure does not include the several thousand dollars that patients spend each year on deductibles, copayments and coinsurance, which have also skyrocketed. Prices for plans on the individual insurance market more than doubled between 2013 and 2017.

As a result, those with preexisting conditions often have coverage but not care. Half of American families delay or skip medical care each year because they are afraid of costs.

According to the Urban Institute, more than one-sixth of Americans have medical bills that have gone to collection agencies.

Health care analysts John Goodman and Devon Herrick point out that no health plans sold on the individual market in Texas are accepted at Houston’s MD Anderson Cancer Center.

The number of small businesses offering health coverage fell by nearly one-third between 2008 and 2017.

And Democrats have the gall to claim that Republicans are the party that wants to take away health care from Americans?

In contrast to former Vice President Joe Biden and Democrats’ plans to double-down on the failing ObamaCare health care system, President Trump’s personalized health care plan, unveiled at a rally in Charlotte last month, would increase choices, lower costs, and improve care, all while protecting those with preexisting conditions.

The president’s price transparency efforts will finally allow patients to shop around for less expensive care and coverage, creating a market that reduces prices and improves quality — just like in every other economic sector.

If reelected, Trump will consolidate and build upon these personalized health care options that offer something for everyone.

ObamaCare has driven up costs and reduced choices to the point where health care is difficult to get for all who aren’t rich. The biggest threat facing those with preexisting conditions is ObamaCare, not efforts to expand its options and lower its prices.

Republican senators should make this case to the American people at Judge Barrett’s ongoing confirmation hearing. 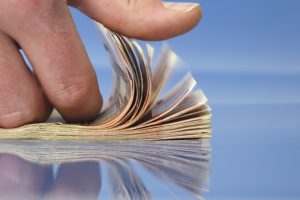 Hidden hotel fees are not the solution for economic resurgence

Hotel guests are often confused by the total of their final bill. And unless they ordered room service or treated…