About that Marxist Roofer: Stemming the Flow Toward Socialism

Op-EdAppeared in Array on May 30, 2019By Alfredo Ortiz 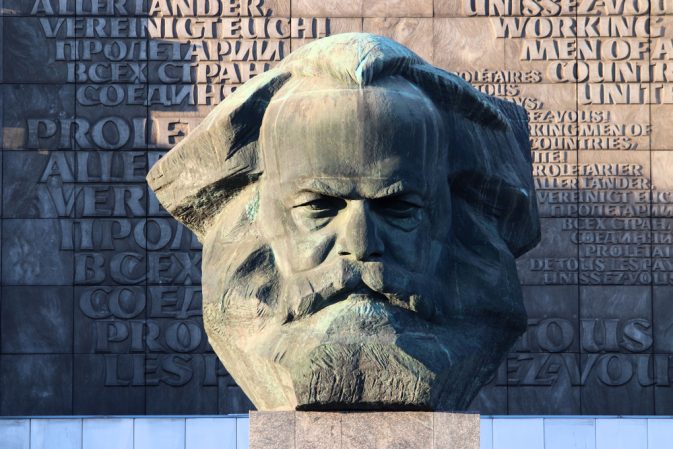 A new Gallup poll finds that 43 percent of Americans say socialism would be a good thing for the country. This is just one of many recent surveys finding increased popularity of socialism, including those that show it is now supported by a majority of millennials and Democrats.

Increasing support for socialism — an economic system that relies on government to redistribute property based on need and influence — is not surprising. Socialism has long received favorable treatment from societal pillars such as the media, academia, Hollywood, and pop culture. Additionally, millennials — now the country’s largest generation — have been disproportionately hurt by recent higher education, healthcare, and housing cost increases, which are blamed on capitalism but are really the product of government intervention in the economy.

As Andrew Breitbart famously said, “Politics is downstream from culture.” Since politics are a lagging indicator of the public mood, it’s only a matter of time before socialism is reflected by lawmakers and public policy. The makeup of today’s Democrats, featuring the likes of socialist Alexandria Ocasio Cortez, whom Democratic Party Chair Tom Perez calls “the future of our party,” suggests this process is already underway.

Free market proponents must make their case against socialism today — before it gains even more widespread cultural appeal. While this effort requires relentless marketing and creative communications, it’s ultimately an intellectual undertaking. In practice, this means explaining the logical flaws and internal contradictions of the latest socialist claptrap.

Witness a recent video produced by a socialist outfit called Means TV and promoted by the AFL-CIO with a tweet calling on workers to “seize the means of production.” Called “The Middle Class is a Lie” and featuring the perspective of a “Marxist roofer,” the video — like so much of this genre — is class warfare dressed up as social critique.

The video’s central claim is that there is no middle class, just capitalists and the working class, and when workers realize this, they can organize to wield more power. This is a bold claim in a country with the largest and wealthiest middle class in the history of the world. In fact, capitalism created the middle class.

Where does the middle class really not exist? In socialist countries, where there are just two groups: government apparatchiks who are fabulously wealthy and the rest of the population who are paupers. The U.S., where nearly everyone has an iPhone and air conditioning, is strikingly equal by comparison.

Even on a semantic level, this “no middle class” argument fails. Yes, the middle class work for a living, so technically they could be considered part of the working class. But should those who have worked their way up the career ladder to earn a salary to support their family really be considered part of the same class as the poor, most of whom (even among those of working age) don’t work at all?

The term “middle class” does seem like the best way to describe the vast majority of American households, whose standards of living are between those who live off of capital dividends and those who don’t work at all. Socialists have a vested interest in pretending the middle class doesn’t exist because it is a testament to the wealth-creating power of capitalism.

One of the defining characteristics of capitalism is entrepreneurship, which capitalism fosters and socialism forbids. This can mean either working more hours for an employer or striking out as a small business owner. In the latter case, small business owners still contract their labor either as a sole proprietor or as job-creating managers. But they do so at a higher pay rate. It’s disingenuous to lump these 30 million small business owners in with entry-level employees, as the video tries to do.

Entrepreneurship also drives economic growth which raises standards of living for everyone. Contrast, for instance, the advances in the capitalistic tech sector with the stagnation of the socialized educational system. (Perhaps if the educational system had evolved to teach some basic finance, economic, and technical skills, socialism wouldn’t be so popular today.)

In contrast to socialist contention, there’s nothing wrong with trading your labor for money. That’s how nearly everyone from LeBron James to video developers to Walmart workers earn a living. There is pride in trading the value of a hard day’s work for the value of a paycheck. Though it can be a grind at times, it’s better than the socialist alternative where you are compelled to work as society sees fit. Most workers in capitalism quickly rise through the ranks to positions where they can start saving money. Roughly two-thirds of minimum wage employees, for example, get a raise within their first several months on the job.

“All members of the working class under capitalism are subject to the same conditions,” argues our socialist roofer, “to constantly produce more for as little wage compensation as possible.” Not true. Technological advancements due to capitalism have made productive work far less onerous. And compensation levels inexorably rise and are certainly far above minimum wage.

There’s no “inherent conflict between workers and owners” as the video and socialists contend. Rather, employers offer employees opportunity, wages, and job training skills (plus other benefits) in return for their best work. The real conflict exists in socialist regimes where employees have no incentive to perform. Ever noticed the customer service at the DMV? That’s what you get economy-wide under socialism.

And who are these evil capitalists who “own the means of production”? Most are ordinary people. Roughly two-thirds of Americans between 30 and 64 own stocks. The vast majority of those who earn the lion’s share of their income on capital either took big entrepreneurial risks that provided jobs and better products or scrimped and saved for decades. Both should be applauded.

Capitalism is the only system that creates wealth for everyone. Socialism — “seizing the means of production” — merely redistributes the wealth around. As Margaret Thatcher noted, the problem with this approach is that “you eventually run out of other people’s money.” Now more than ever, Americans must hear this truth that capitalism creates and socialism takes. 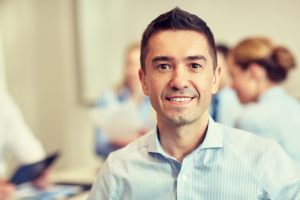 Hispanics still thriving with the economic growth of Trump era

Democrats are desperately trying to downplay the booming economy under President Trump. This partly means arguing that Trump’s economy isn’t…