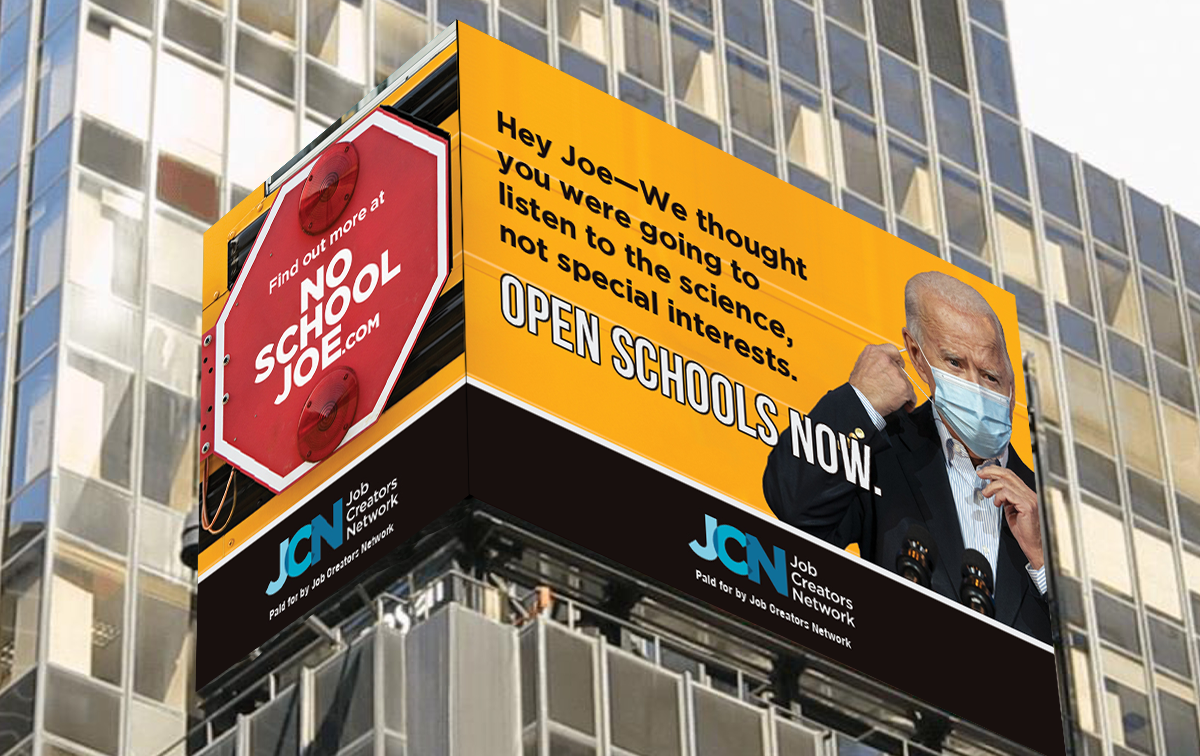 President Joe Biden and his team at the White House have said they want schools to reopen, but their words do not match their actions.

Biden’s CDC Director Rochelle Walensky said that teachers do not need to be vaccinated to safely reopen schools. She added, “There should be no confusion, the president of the United States wants schools to open, he wants them to stay open and that is key.”

One week later, Psaki was asked about schools again and she clarified that Biden’s plan to have schools reopen would be a success if teachers were “teaching one day a week in the majority of schools by day 100 [of Biden’s presidency].” Days later, she doubled down on that position.

So, in other words, nearly half of schools can remain closed and those that are open only need to be open one day per week. That is reopening schools in Joe Biden’s eyes.

Throughout the country, teachers in cities like Chicago are refusing to return to work at the behest of the teachers union. The unions argue that the issue is safety, despite all the studies showing that COVID is not a significant threat in schools. In Fairfax County, Virginia, some teachers will continue to teach from home while the district pays other individuals to stand in the classroom and supervise the children. (Apparently, there is no health risk to the non-teacher adults or there is a threat to the stand-ins but since they aren’t in the union, the union apparently doesn’t care.)

Klein also argued that schools needed smaller class sizes, but many schools do not have the physical space to spread out the students. If the vaccine rollout goes as planned, the spread of COVID should be conquered within the next year or so — which is not enough time to build extra schools and classrooms in every district. No amount of extra cash can solve the capacity problem in the next six months.

So, Klein was probably half-right when he said school closures are about money, not unions. The part he left out is that Biden’s hesitancy to reopen schools is about money from unions.

Teachers’ unions have been tremendous donors to Democratic politicians for decades and in the 2020 cycle, Joe Biden was their top individual recipient according to the Center for Responsive Politics. Biden received more than $232,000 in just this election cycle alone.

While Biden considers whether he can go against the teachers’ union, students are suffering at home. The students in Fairfax County, Virginia, saw the rate of failing grades grow by 83% this year. Schools in New York are seeing a learning gap expand between white and black students. Suicide rates in children in teens have also been on the rise.

The American Academy of Pediatrics warned in June that children were suffering because of school closures. Children need to socialize to properly develop. Teachers cannot see children to detect abuse or neglect. Some children are missing out on much needed physical education after months spent on a couch while other children are missing meals without a nutritious school lunch program.
Teachers’ unions are sacrificing the students’ futures under the guise of COVID concerns and the Biden administration can’t decide if they want to fall in line with the union or reopen schools.

America needs to reopen its schools and get kids back in the classroom. Kids are falling behind academically and suffering from depression and isolation.

Please join us by adding your voice to our call to ask the Biden Administration to stop listening to teachers unions and start caring about students.