Federal agencies commonly have their tentacles in many areas of our lives. Almost daily, we can count on overreach by unelected, unaccountable bureaucrats in our homes and our workplaces.

Now, under the guise of worker rights, they are coming for small business owners.

The culpable agency in this case is the National Labor Relations Board, whose general counsel issued a legal opinion determining that McDonald’s Corp. “could be treated as a joint employer with its franchisees in labor complaints.”

Should this so-called “Division of Advice” recommendation stick, it would fundamentally change the way corporations and their franchisees operate, with the potential to negatively impact millions of Americans, their jobs and their families.

The franchise business model has been in place for more than 40 years. It is one of the nation’s most successful and pervasive business models, giving thousands of entrepreneurs the jump start they need to own and operate a business and create jobs. For a fee to use a corporate brand, these small business owners enjoy the ability to call their own shots in daily operations, workplace policies, who they hire, as well as their local workers’ wages, benefits and work schedules.

Currently, owners and employees of your hometown McDonald’s deal with complaints and grievances on a local or state level. Under this new recommendation, a worker would be able to take that problem all the way to the McDonald’s national headquarters. This would make corporate McDonald’s responsible for the actions of that local McDonald’s owner.

The implications are frightening. 80 percent of the nation’s 14,000-plus McDonald’s restaurants alone are owned and operated by franchisees, or small business owners. Locally owned Golden Arches employ around a half million Americans.

And that’s just one franchisor. According to the International Franchise Association, franchise owners have built 770,000 businesses across the country, employing millions. IFA president and CEO Steve Caldeira, CFE said of this NLRB ruling:

“This recommendation is a drastic and overreaching solution. Ample federal, state and local remedies are available – and are regularly used to enforce current law, including more limited NLRB action, state attorneys, general action and private rights of action – to deal with labor violations of various kinds. Destroying the fundamental tenets of the franchise model would eviscerate the most successful business model in existence.”

The end game is to rebuild the long-building trend of dwindling labor union membership.

High turnover among fast food workers has historically made unionization efforts difficult. But when thousands of employees of individual franchises suddenly become part of one large employee body under the corporate franchisor, the high turnover is less of a problem. In fact, as National Review Online points out, under this recommendation the high turnover problem instead becomes a very lucrative solution for unions looking to rebuild their membership and restock their coffers:

“Unions charge new hires an initiation fee in addition to their regular monthly dues. For low-wage workers this initiation fee runs anywhere from $25 to $100. And fast-food restaurants have massive employee turnover. Half of McDonald’s employees leave within three months. In states without right-to-work laws, each replacement worker would pay a new initiation fee. The SEIU would make tens of millions annually just from employee turnover.”

Such a drastic change in the franchise business model would undoubtedly chase away would-be entrepreneurs and kill their American Dream to start and own a business. And what of the jobs that never get created?

Fortunately, there is an opportunity for cooler, smarter heads to prevail, as there are still steep hurdles to climb in order for this opinion to become actual practice.

The NLRB needs to agree with the General Counsel who decided McDonald’s Corp. should be the co-employer of its franchisees’ workers. The opinion would also have to survive of a hefty legal challenge from McDonalds, which will not go down without a fight.

For the sake of economic freedom and to preserve economic opportunity and job creation, we fervently hope the Golden Arches are victorious. 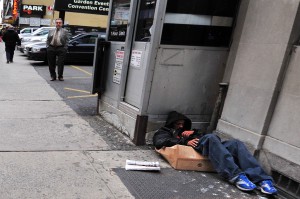 \Using monthly figures from the Bureau of Labor Statistics as well as the Economic Policy Institute, Job Creators Network compiles…