“This is a play by unions to grab an industry they’ve never been able to conquer,” said Stephen Bienko, owner of two franchise moving businesses. “A last-ditch effort to try and participate in the franchising world. This allows unions to say (franchises) are one entity. This way they can start unionizing workers with one swoop.”

While the NLRB ruling would have far-reaching economic consequences, making it harder for individuals to start new businesses, it hasn’t drawn wide-spread attention.

A new campaign by Job Creators’ Network is trying to remedy that and make the public aware of the dangerous precedent the NLRB’s ruling would have on the economy. The Network has launched a website, DefendMainStreet.com, a petition drive and ad campaign to educate the public about the Obama Administration’s action.

“Unelected bureaucrats at the NLRB are trying to turn one of the most successful business models in history — the franchise system — on its head,” Alfredo Ortiz, CEO of the Job Creators Network, said in a statement. “Instead of threatening a proven way for minorities and others to start their own business, the government should be supporting policies that stimulate and encourage job creation.”

You can read the entire story here. 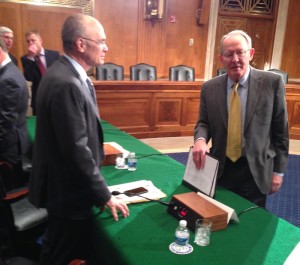