The Job Creators Network (JCN) put up a new billboard in Times Square poking fun at attempts by the Biden administration to redefine “recession.” Newly released government data reveals that U.S. gross domestic product (GDP)—or the value of all goods and services produced over a year—declined for a second consecutive quarter on an annual basis. The environment now meets a commonly used definition of a recession.

The billboard is headlined, “READ MY LIPS: NO NEW RECESSION”—referring to the famous line delivered by George H.W. Bush regarding taxes. The billboard goes on to say, “IT’S THE ECONOMY STUPID!” and features a picture of President Joe Biden. View the billboard below: 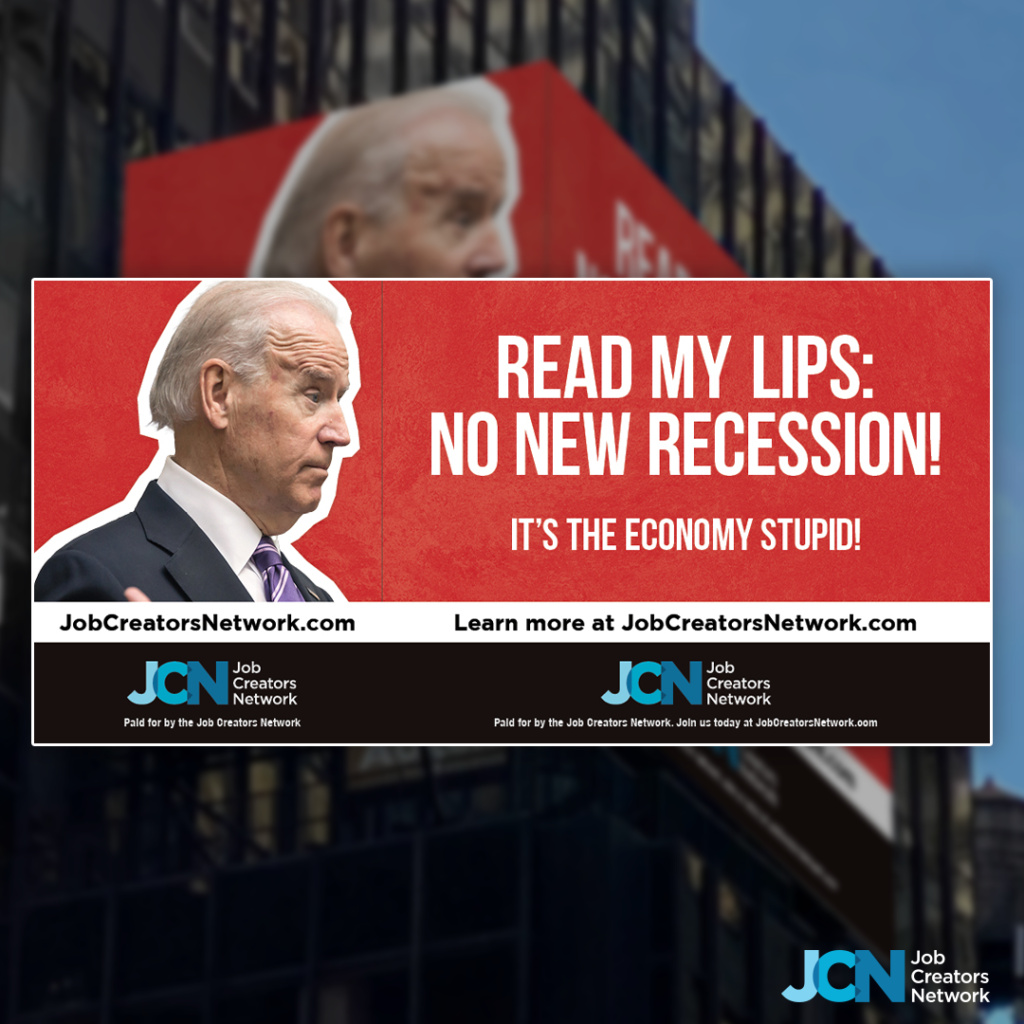