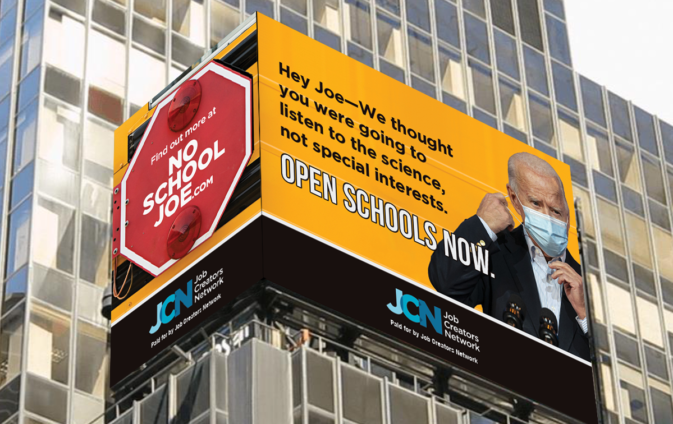 Today, the Job Creators Network (JCN), a small business advocacy organization, is launching NoSchoolJoe.com — a webpage that details the Biden administration’s failure to reopen schools, despite the overwhelming data that shows it’s safe. As part of the campaign, JCN erected a billboard in the heart of Times Square to raise awareness of Biden’s decision to side with special interests rather than children.

The billboard is located on the corner of 43rd Street and Broadway. It reads: “Hey Joe — We thought you were going to listen to the science, not special interests. OPEN SCHOOLS NOW.” The adjacent billboard reads: “Find out more at NoSchoolJoe.com.” 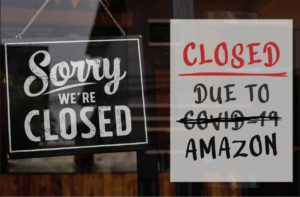