Worldwide protests to push for higher wages could backfire on those who need jobs the most
Blog PostMay 14, 2014

Thousands of people around the nation – and world – are expected to walk off the job today, in a continued effort to protest their wages and push for a higher federal minimum wage. The U.S. groups want $15/hour, which is much more than even the $10.10 proposed by some Washington policymakers.

USA Today reports that walkouts will take place by fast food workers in dozens of cities in the U.S. including Philadelphia, Sacramento, Miami and Orlando. They’ll be joined by their counterparts in Africa, Asia, Australia, Europe, South America and Central America.

Many workers say they are joining the one-day strike because they cannot live on their low-wage earnings, and they need a higher minimum wage to arise from poverty.

The reason is certainly noble – no one wants to live in poverty. But the solution these workers seek could make their financial situations even worse. A lot of people assume that if the federal government raises the minimum wage there will be fewer poor people. The truth is there would be fewer jobs.

Many minimum wage jobs are people’s first experience in the workforce, such as fast food restaurants.

Forcing their bosses to pay them more means their bosses cannot afford as many workers. And unless they drastically raise their food prices, and risk losing customers, many human employees could get replaced by robots or computers, such as those self-checkout lines at grocery stores.

That’s already happening overseas. In 2011, McDonald’s Europe announced it would implement 7,000 touch screen kiosks to handle orders. It is impossible to know how much money the restaurants would save without knowing the cost of the machines or maintenance, but those owners would no longer have to worry about sick days, training time and investment, health insurance, vacation time – all of the ancillary costs that come with a human employee in those 7,000 positions.

Here in the United States, 80 percent of the nation’s McDonald’s restaurants – one of the most difficult franchises in which to gain ownership approval – are operated by small business owners. Each restaurant has a staff of about 40 people, more in busier areas. 80 percent of those employees are entry level workers, whose  wages are set by the individual owner based on the local market. Therefore, a lot of entry-level McDonald’s workers already make more than the federal $7.25 minimum wage, though likely not the $15 demanded by groups in today’s walkout.

Many of these franchisees also give back a tremendous amount to their local communities. For instance, just this week, a cooperative of eleven Austin, TX McDonald’s owners awarded $31,000 in scholarship money.

These small business owners already face uncertainty in what the new federal health law will do to their cost of doing business. If the government mandates they pay their entry-level workers more money with no change in the how much comes in through food sales, these owners are going to have to look at slashing their workforce.

This is not just anecdotal. The government’s own Congressional Budget Office says raising the minimum wage to the suggested $10.10 an hour would eventually leave as many as 500 thousand people unemployed.

So whose job ultimately gets cut? Employers need to look at who will give them the best value for their dollars. Unfortunately, the younger, less experienced and less educated worker, who is likely in greater need of that entry-level job to join the American workforce, will likely be the one out of a job. (See Infographic Below.)

Our country needs more people working, not less. We need solutions that will help the poor without hurting the workforce. 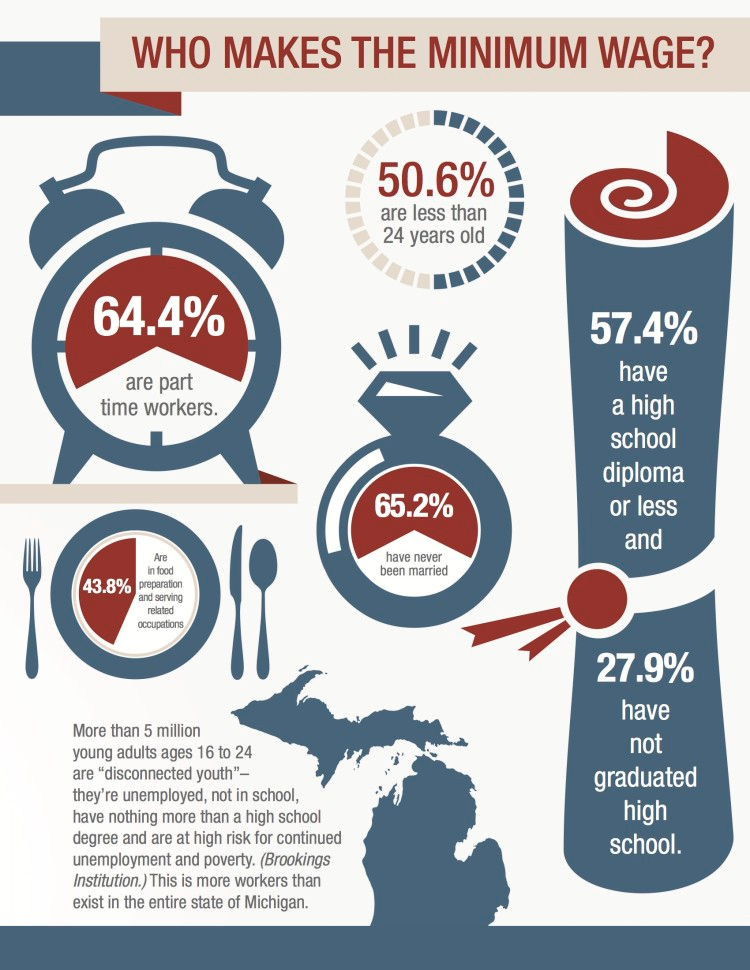