Why we shouldn't buy into the negative hype about the next generation
Blog PostJuly 22, 2014

There seems to be a lot of fretting lately about the so-called “millennial” generation.

Young adults are staying in school longer, incurring record levels of college loan debt, unemployed for longer periods, marrying later and increasingly reside with their parents or grandparents – that is nearly one in four of the nation’s 25-34 year olds.

Millennials are also criticized for their fiscal decisions, as they reportedly do not spend money the same way as preceding generations. This alarms some observers because in a couple of years this age group “will have more buying power than any other generation.” 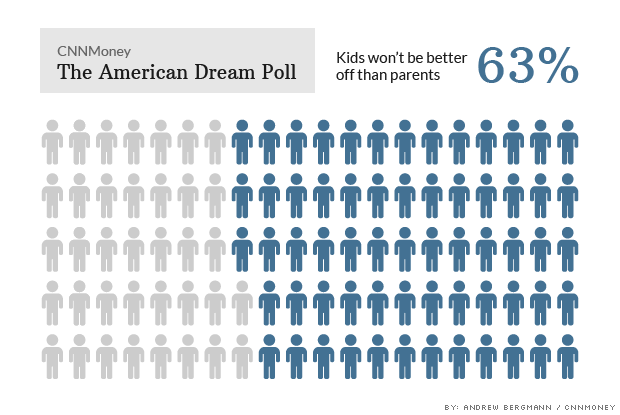 And recent polling shows six in ten Americans feel the “American Dream” is out of reach, especially for this millennial group:

“Young adults, age 18 to 34, are most likely to feel the dream is unattainable, with 63% saying it’s impossible. This age group has suffered in the wake of the Great Recession, finding it hard to get good jobs.”

These types of stories and polls however fail to see the reality of a hopeful America that rests on this generation and the ones that follow. JCN member CEO Stephen Bienko is the creator and CEO of 42 Holdings, which has several companies under its umbrella. Bienko, also not far removed from being a millennial himself, sees a great deal of promise from this age group:

“Millennials grew up with it all. They opened the doors for our information highway. They saw the world crash around them and have by default been recommitted to the business and personal growth of others. They have been forced to complete an expensive education without a salary to go with it. This is okay, because our future is in their hands and they have the knowledge and compassion while increasingly gaining the wisdom needed to bring our American culture and economic strength back to where it should be.”

This means finding ways to involve, inform and inspire millennials to understand the role economic freedom plays in job creation and the American Dream. Our millennials need become astute participants in defending the American free enterprise system made so successful by their own parents and grandparents.

Bienko has no doubt this is possible, and that future polling will tell a much different story:

“This generation of millennials will bring back the American Dream. They have seen and learned so much from our past and they created technology enabling them to gain knowledge by the millisecond. Their life wisdom is second to no other generation. Keep supporting them, and keep empowering them.”

North Dakota: What Happens when a Market is Free to Run Wild

How does this job prospect sound? Total Yearly Income: $56,400 Benefits Include: – One week paid…