JCN CEOs in the News: Andy Puzder in the Wall Street Journal

Puzder: "I see firsthand in my company why not enough people are signing up and premiums are rising."
Blog PostNovember 2, 2015

New government numbers are out that show the federal health law may be at the beginning of the so-called “death spiral” – too few people signing up for health insurance to cover the costs of those who have.

CKE Restaurants CEO and JCN member Andy Puzder addressed this in a Wall Street Journal op-ed titled, “The Slow-Motion Implosion of Obamacare.” In it, Puzder explains that the government vastly overestimated how many people would sign up for health care coverage through Affordable Care Act exchanges, which means insurance companies overestimated how much they’d get to cover health insurance claims:

“Health and Human Services Secretary Sylvia Burwell announced recently that she expects 10 million people to be enrolled in health-care coverage through ObamaCare’s exchanges by the end of next year. What she didn’t mention was that in March of last year the Congressional Budget Office predicted that 21 million people would be enrolled in 2016—more than double the new estimate.”

Puzder says he sees first hand why so few people are signing up:

“One problem is that nearly half of the 10.5 million uninsured people eligible for ObamaCare are between the ages of 18 and 34—and young people tend to be healthy and unwilling to pay for pricey coverage they don’t need.

But propping up ObamaCare requires this group’s subsidizing the medical costs of the aging and ill. So far, no luck. It makes sense for healthy young people to pay a penalty rather than purchase the insurance. And in 2015 that’s what 6.6 million people did, according to the IRS. Next year the minimum penalty increases to $695 or 2.5% of income above $10,000, whichever is greater. In many cases, that’s still much cheaper than insurance.

At our company, CKE Restaurants, we offer eligible employees ObamaCare-compliant coverage. We used federal guidelines and set our employee monthly contribution for the least expensive Bronze plan at $1,116 a year, or about 25% of the annual premium. The company pays the rest, and the deductible is $5,500. But even when next year’s higher penalty kicks in—2.5% of income above $10,000—an employee would need to earn more than $50,000 a year for the penalty to exceed the premium.” 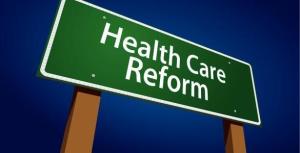 Nearly two years to the date, dire predictions about the sustainability of the Affordable Care Act’s health insurance exchanges are…