JCN CEOs in the News: Andy Puzder and Killing the Working Class at Wal-Mart

On the heels of news that retail giant Walmart is closing more than 150 stores, CKE Restaurants CEO and JCN member CEO Andy Puzder drew upon his own company’s decision-making experiences in a Feb. 4 Wall Street Journal op-ed titled, “Killing the Working Class at Wal-Mart.”

Puzder cites minimum wage increases as a primary reason a company might throw in the towel altogether:

Every retailer has locations that are profitable, but only marginally. Increased labor costs can push these stores over the line and into the loss column. When that happens, companies that want to stay competitive will close them. That’s one of the reasons that substantially increasing the minimum wage poses real risks for working-class Americans.”

And unfortunately, the 10,000 employees who will be impacted by these store closures will likely be those who most need the jobs – entry level workers looking for the first rung on the employment ladder.

Even worse, as pointed out in a Daily Caller op-ed by JCN President and CEO Alfredo Ortiz, these store closings in poorer neighborhoods such as Washington, D.C. will particularly hit youth, an age group already suffering disproportionately high unemployment:

“The youth unemployment rate in D.C. currently sits at 30 percent, and it’s even higher in the poor neighborhoods where Walmart wanted to build its stores. Losing these two stores is devastating for the residents of those neighborhoods, some of whom are now left with no other viable career opportunities.”

As with many well-intended government policies, there often come unintended consequences. The Wall Street Journal aptly sums up the consequence of mandated higher labor costs in its subhead, “When a store closes, the minimum wage for your lost job is zero.” 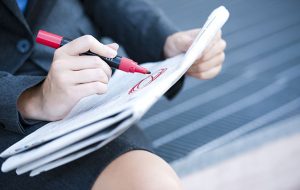