How you and I lowered gas prices

Scott Rasmussen says the private sector can get results faster and better than government rules, regulations and laws when we are allowed to practice economic freedom.
Blog PostJanuary 5, 2015

You know the incredible drop we’re seeing at the gas pumps? You and I are responsible for it. Not government. 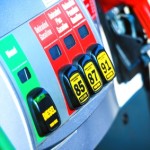 Pollster Scott Ramussen writes in a piece that appeared in Real Clear Politics how public demand can prompt the private sector to take action and get results faster and better than government rules, regulations and laws when we are allowed to practice economic freedom:

“The private sector responded to public demands. Fracking technology made it possible to unleash massive oil reserves. Private companies then invested over $200 billion a year, making the United States the world’s largest oil producer. We now produce far more oil than we import, and the price of gas has come tumbling down.

The American people didn’t really care whether it was the government or private companies that led to this happy result. They just wanted it to happen. The industry responded, and the government did not.”

JCN President and CEO Alfredo Ortiz is interviewed on America’s Morning News–a syndicated radio show that plays on 165 stations around the US.