Alfredo Ortiz has been the President and CEO of Job Creators Network (JCN) since January 2014. He is also a board member for the Georgia Chamber of Commerce and an advisory board member for Littler’s Workplace Policy Institute.

He has testified before legislative committees about the impact of bad government policy on job creation, and speaks frequently to business organizations across the nation about the need for job creators to seize responsibility for defending free enterprise, both in the communities where they live and the communities they’ve created – their workplaces. His advocacy for the voice of job creators has appeared in newspapers such as the Detroit Free Press, the Colorado Springs Gazette, the Las Vegas Review-Journal, the South Florida Business Journal, and many others. He is a frequent guest on radio talk shows, including The Frank Beckmann Show, on Detroit’s WJR-760 AM, and the nationally syndicated Dennis Prager Show.

Prior to joining JCN, Alfredo was Vice President of CSM Bakery Products’ Food Service Division, a $2 billion global food company, where he was responsible for increasing national account penetration five-fold and leading a major broker realignment and trade system implementation. Alfredo was also a consultant at Boston Consulting Group in their Washington office, and has worked in marketing, new product development and corporate strategy for Georgia Pacific, Kraft and others.

Alfredo received his MBA in 1993 at the University of Michigan and graduated from Pomona College in 1990 with a bachelor’s degree in Economics. He is fluent in English and Spanish. 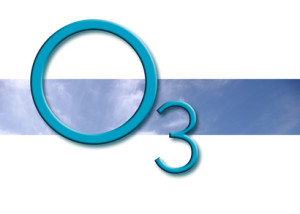 Government overreach via the environment seems to be coming at us at a fast and furious pace. Last week it…