The feds posted rules on an executive order that enables the so-called "blacklisting" of companies vying for federal contracts. This threatens the economic freedom of job creators, employees and their families.
Blog PostMay 29, 2015

Federal bureaucrats this week trumped out 237 pages of proposed new rules and guidelines to carry out an executive order that amounts to little more than “blacklisting” of federal contract companies and their workers.

Considering some 24,000 businesses are under federal contract with an estimated 28 million workers, the effect could be chilling for companies looking for an opportunity to bid on federal government contracts.

The President signed the “Fair Pay and Safe Workplaces” executive order last year to purportedly improve working conditions for employees of federal contractors by requiring companies to reveal any labor violations from the past three years concerning everything from family and medical leave to federal wage and hour laws. The order applies to federal contracts of more than $500,000, and places a labor contract advisor at every federal agency that deals with contracts.

Such transparency sounds reasonable, but as Bloomberg has reported federal officers already must vet the records of companies vying for contracts. The concerning part is what is done with the information:

“Contracting officers at federal agencies will take the information about violations into account in determining whether to award a contract, terminate a contract, or impose remedial provisions in a contract.”

In other words, this order tells federal agencies “how to weigh the black marks when awarding contracts,” which can pave the way for lawsuits, trial lawyer paydays, favoritism, cronyism and give legal cover to all-out “blacklisting.”

For organized labor in particular, the Wall Street Journal called this executive order “political leverage from heaven,” as the federal government itself would be able to revoke contracts of a company (action which goes beyond even that taken by the National Labor Relations Board, a perpetual Big Labor accessory.)

“If finalized in their current form, 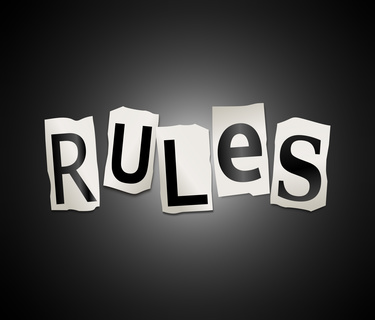 the rule and guidance would immediately upend the current system of federal contracting by enabling federal agencies to reject a bid or cancel an existing contract – as well as initiate suspension and debarment proceedings – based on labor and employment law violations that a contractor may have already resolved or that have already been adjudicated.”

“Taxpayers, contractors and their employees deserve a fair and transparent process that will award contracts to firms that will deliver the highest quality product at the best price, however, this proposal is a clear step in the wrong direction,” said (ABC’s VP of Government Affairs Geoff) Burr. “Today’s proposal will discourage small businesses from pursuing federal contracts; threaten the livelihood of millions of Americans employed by federal contractors; and expose taxpayers and businesses to increased costs and risk.”

The public comment period prior to the permanent enshrinement of these rules ends July 27. Washington needs to know that Americans deserve better than this new low of government overreach which threatens the nation’s job creators, employees and their families.

There is more outcry from America’s small businesses about the devastating impact of the Affordable Care Act’s  Health Insurance Tax,…