The owner of a San Francisco bookstore clearly and simply lays out the devastating impact of the city's government mandated minimum wage increase on the business. Bottom line, it will close.
Blog PostFebruary 17, 2015

But few people can talk about the impact of forced minimum wage hikes better than a small business owner.

And perhaps few better than a San Francisco bookstore owner, who said very simply that the city’s voter-approved minimum wage increase to $15 will force Borderland Books to close its doors “no later than March 31st.”

After surviving a 100 percent rent increase, the 2009 Recession as well as a shift toward online book shopping and e-readers, the minimum wage mandate was just too much for the bookstore to absorb.

The explanation is laid out on the store’s own website. It is lengthy, but a very worthwhile read:

“The change in minimum wage will mean our payroll will increase roughly 39%. That increase will in turn bring up our total operating expenses by 18%. To make up for that expense, we would need to increase our sales by a minimum of 20%. We do not believe that is a realistic possibility for a bookstore in San Francisco at this time.”

The owner concluded it would be more merciful to employees to just close, rather than trying to maintain a staff of just three:

“Alan would need to take over most of Jude’s administrative responsibilities and Jude would work the counter five to six days per week. Taking all those steps would allow management to increase their work hours by 50-75% while continuing to make roughly the same modest amount that they make now (by way of example, Alan’s salary was $28,000 last year). That’s not an option for obvious reasons and for at least one less obvious one — at the planned minimum wage in 2018, either of them would earn more than their current salary working only 40 hours per week at a much less demanding job that paid minimum wage.”

Some may argue that these owners are simply falling victim to the free market forces – being squeezed out by the online retailers which can offer the same products at better prices and convenience.

The blame is not necessarily wrong, just misdirected. 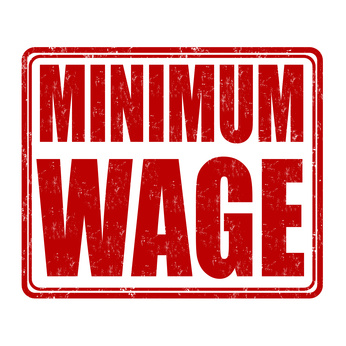 mics professor Antony Davies says free market forces are in play, not by retail giants, but by the customers who freely choose to shop elsewhere based on things they care about – price, convenience, selection, etc. But a minimum wage disrupts these forces.

“When a minimum wage puts a brick-and-mortar bookstore out of business, it is because politicians and special interests have weighed the playing field in favor of businesses that don’t rely as heavily on minimum wage labor,” Davies says. “This is not a redirection of society’s scarce resources toward a better use. It is a redirection toward a politically beneficial use. This is the essence of waste.”

In other words, a forced minimum wage increase interferes with the economic freedom the owners had before when beating many other hurdles to stay in business.

In fact, there are gradual minimum wage hikes underway now as the city heads toward the $15 mark that have already stretched the business’ purse strings to the limit:

“Continuing to do so for even longer would be horrible,” writes the owner. “Far better to close at a time of our choosing, keep everyone’s sorrow to a minimum, and then get on with our lives.”

We need many more business owners like those at Borderland Books to talk about the painful decisions forced upon them by minimum wage mandates. These voices are the best-suited to paint the true picture of government overreach on American businesses, workers and their families.