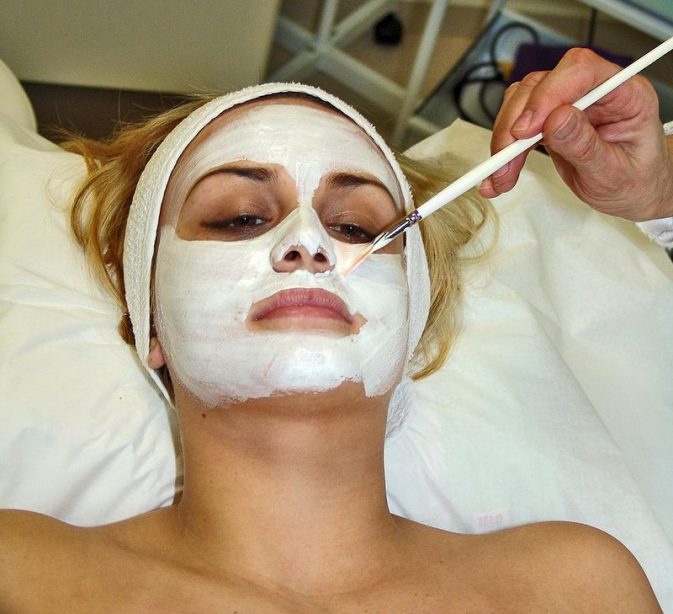 House Speaker Nancy Pelosi’s “do as I say, not as I hairdo” approach to COVID-19 prevention adds insult to the economic injuries sustained by small businesses around the country that have been arbitrarily forced to close in the name of COVID-19 prevention.

Recently, Pelosi was caught at a San Francisco beauty salon getting a haircut and blowout indoors. Apparently, it didn’t matter to the Speaker that, for six months, indoor haircuts have been banned by city public health order, destroying thousands of salon businesses in the process. Likewise, in April 2020, Chicago Mayor Lori Lightfoot also received a “secret” haircut despite a city and statewide shutdown order in Illinois for all “non-essential” businesses, including salons and personal service spas. At the time, the Chicago Mayor defended her actions by saying that she takes her “personal hygiene” very seriously, suggesting that millions of Chicagoans, unable to get a haircut for months, did not.

The controversies involving Speaker Pelosi and Mayor Lightfoot only tell a small part of the story. A terrible story that has been echoed by desperate small business owners in cities and states across America.

Like the story of Mrs. Millard, a mother of two young children and a Chicago small business owner.

Two years ago, after 10 years in corporate America and after experiencing pregnancy discrimination from a female boss, Millard made the decision to purchase two spa franchises specializing in facials. She wanted to be her own boss and still be able to provide financial security for her young daughters in a quiet suburb west of Chicago. Business was great until Illinois Gov. JB Pritzker announced a statewide shutdown due to the COVID-19 pandemic in early March 2020 and forced her businesses to close.

The City of Chicago under Mayor Lightfoot finally allowed Millard’s two personal service spas to reopen on June 3, 2020 under very stringent COVID-19 health guidelines. Then, for some inexplicable reason, her facial spas were targeted for closure by the City of Chicago again in early July.

“I know myself and many other owners were expecting and had prepared for a three-week shutdown at maximum,” Millard says. “Instead, we have been shut down for almost seven months and I have been worried about my businesses and employees ever since. Every day, I worry about defaulting on our personal loans. I worry about my family most of all.”

Whereas other personal service businesses have been allowed to operate in Chicago since June, Millard’s facial spas have now been shut down because “facials” and “shaves” are not allowed under Phase IV restrictions.

“What’s especially galling — even more so than our elected officials’ hypocrisy — is that many businesses that share a similar risk profile as mine, including those that offer eyebrow waxes, manicures, and cosmetics dermatology, have been allowed to reopen,” Millard says. “Our business has taken a very aggressive and proactive approach at keeping our customers, staff and community safe at all times. In our studio, we only allow for a maximum capacity of one receptionist, one esthetician, and one client. This safety measure cuts our revenues by nearly 66% and we were losing money but it was undeniably one of the safest businesses you can visit due to our strict protocols and policies.”

That didn’t stop Chicago Department of Health officials from threatening her customers, employees, and issuing her two COVID-19 business warnings for fines up to $10,000 per day – even before Mayor Lightfoot outlawed facials in July. Ironically, Millard’s businesses were not actually cited for any COVID-19 violations.

“I am literally living every day terrified that we’re going to lose our home. My two little girls were the reason I made this risky move to business ownership,” she says. “I wanted to show them what it means to stand up for yourself. I wanted them to have a mom they could be proud of. Now, suddenly, I’ve become a mom that is unable to provide for them. We’ve financed our entire personal credit to the maximum and so if our business cannot remain open and fails, our children won’t even have a home. We have no safety net. These COVID-19 rules are more than just unfair. I believe they violate my constitutional right to equal treatment under the law.”

As a result, Millard is joining a 90-page lawsuit filed against Gov. Pritzker and Mayor Lightfoot by a tiny Illinois-based non-profit 501(c)(3) foundation called Remember America Action and their senior counsel, Laura Grochocki. “Without Remember America Action’s help, I would not have been able to afford to file this lawsuit on my own,” Millard says.

Remember America’s lawsuit states that Chicago Mayor Lightfoot and Gov. JB Pritzker have acted in excess of their legal authority and, further, that their COVID-19 restrictions violate numerous constitutional rights of thousands of individuals and their businesses. “If our lawsuit succeeds, Mrs. Millard and small businesses and individuals who have been harmed by COVID-19 discrimination across Illinois and in Chicago will be able to file a claim for actual damages,” explains Grochocki. “And we cannot really afford to fail. The physical, mental and financial health of millions of people are at stake.”

“While big businesses have managed to escape COVID-19 consequences, small companies like mine have experienced enormous financial pain. I have had no income for the last six months yet the bills keep coming. Small businesses trying to reopen safely have been vilified by the media but we are all just trying to provide for our families like every other American during this difficult time,” Millard said.

Millard says she is very worried about the future. “When presidential candidate Joe Biden said he would shut down America again, I lost sleep that night. It quite simply cannot happen. By losing our country’s small businesses, America is losing its framework, its backbone. A free economy is what makes us free. When there is no longer freedom to earn a living or freedom of speech, there is no freedom period,” she says.

A mom and small business owner, Mrs. Millard owns two spa franchises in Chicago and is a partner of the Job Creators Network Foundation.