This week, Randy Hultgren (IL) and Jason Smith (MO) introduced the Bring Small Business Back Tax Reform Act (H.R. 1425) that would reduce the tax burden on American small business job creators. The bill would lower the tax rate on the first $150,000 of earnings to 12 percent and to 25 percent for all earnings above that threshold, allowing businesses to invest more in hiring, expansion, and their communities.

The left-wing front group Small Business Majority challenged this legislation, equating it to a tax break for the rich arguing “a mere 2.5 percent of small business owners earn enough to qualify for the top individual tax bracket (39.6 percent) or the second-highest bracket (35 percent).” While this criticism ignores nearly one million small business owners who pay tax at these rates, it also ignores the millions more that pay tax at the 33 percent, 28 percent, 25 percent, and 15 percent rates that would also be helped by this legislation.

That means this bill provides relief to every business that earns a mere $10,000 in annual earnings! Hardly a tax break for the rich as the activist group implies. More like the relief that’s needed to finally bring small businesses and Main Street back. 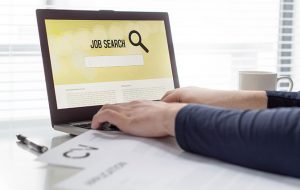