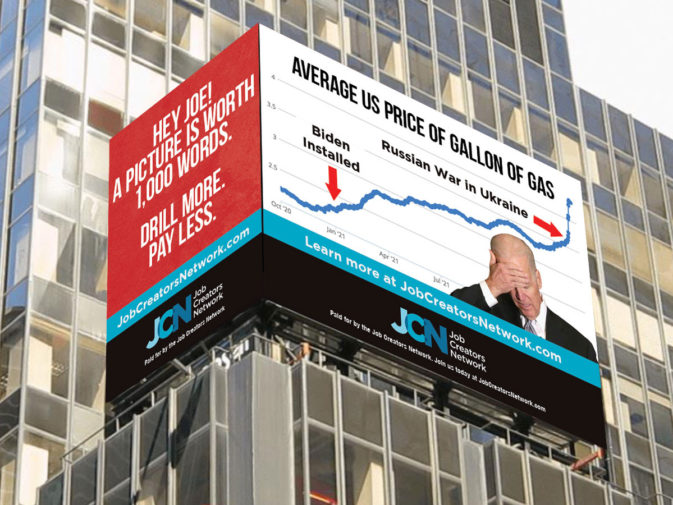 The billboard features an image of Biden holding his forehead next to a chart tracking the price of a gallon of gas since October 2020.  Arrows point to the date Biden took office and when the Russian invasion of Ukraine started.  The billboard’s message is “HEY JOE! A PICTURE IS WORTH A THOUSAND WORDS. DRILL MORE. PAY LESS.”

“President Biden is the reason gas prices are rising and he refuses to take responsibility for it.  Gas prices were rising long before Russia’s invasion, as our billboard points out.  We support the ban on Russian oil but it’s only the first of two necessary steps.  The second step is increasing domestic energy production. Biden, however, refuses to do it because he’s terrified of his left-wing base.   Small businesses and consumers are paying the price for Biden’s failures – literally. Remember that the next time you fill up your gas tank.”

This is JCN’s third billboard in Times Square blasting Biden’s energy policies in the wake of Russia’s invasion. To see the first two billboards, click here and here. 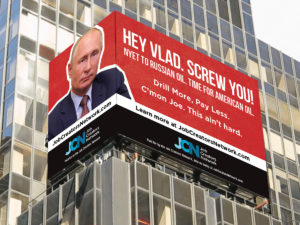