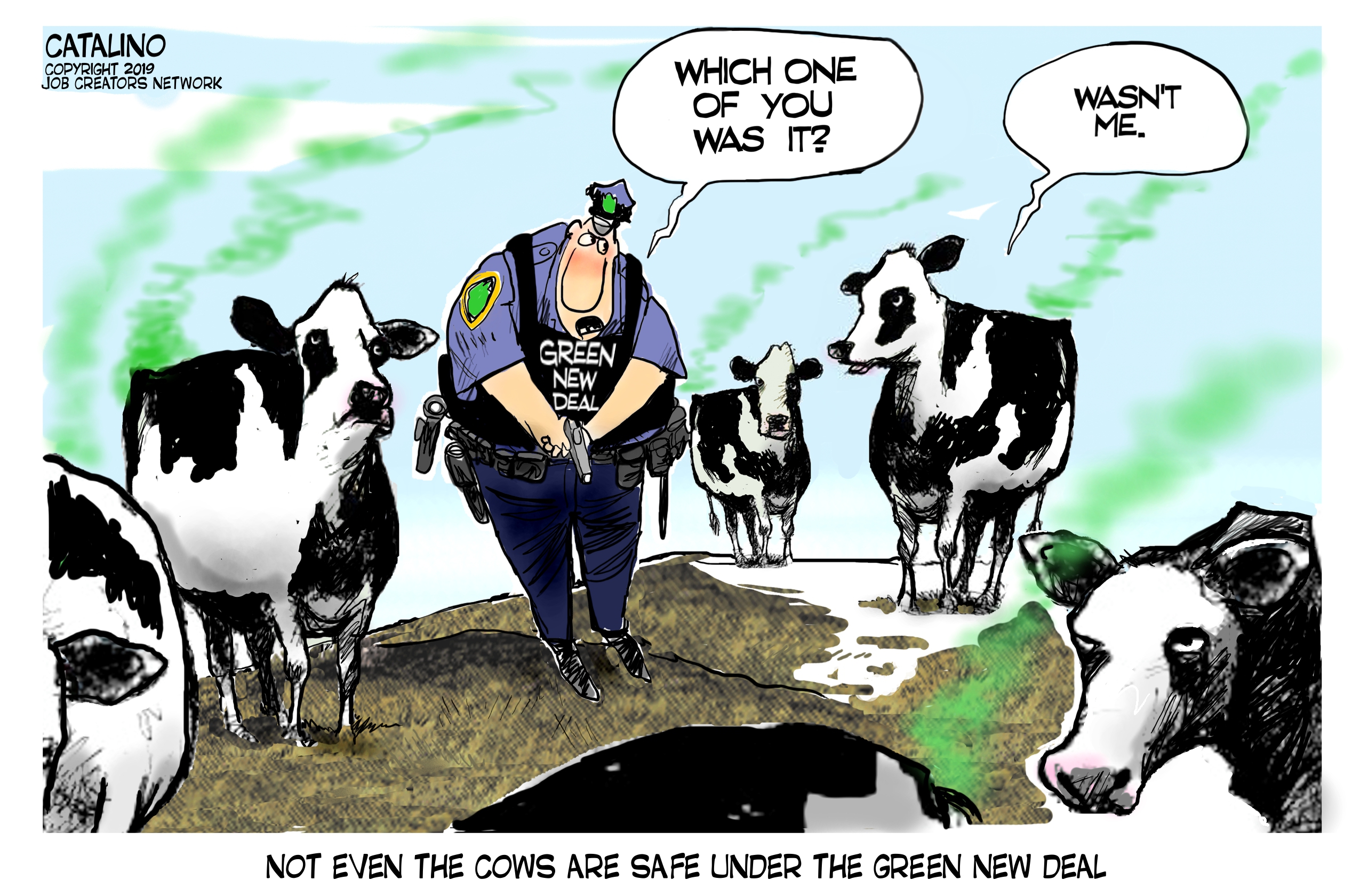 Alexandria Ocasio Cortez and many of her friends in Congress are pushing for a new socialist policy: The Green New Deal. This so-called “deal” reads like a socialist wish list. The deal, when launched proposed eliminating air travel, nuclear energy, and “farting cows”; replacing every building in the U.S. with a “green” alternative, and providing “economic security” for “all who are unable or unwilling to work”—among other measures.

How much will it cost? One estimate gives the deal’s price-tag a range of $51 trillion to $93 trillion. And the Democrats who have signed on to this want you to pay for this expensive “deal.” This socialist plan is a Green RAW Deal.

That’s why JCN put up a new set of billboards in Times Square, New York—Ocasio-Cortez’s own backyard. This is not the first—or second—time JCN has tussled with America’s most buzz-worthy socialist. These new billboards highlight not only the outrageous cost of the Green RAW Deal, but also the ridiculous claim that “farting cows” are destroying America’s environment.

Unfortunately, this Green RAW Deal would drag our country down the path to poverty and kill the American Dream. The outline for the plan calls for guaranteed jobs, a massive increase in welfare, and projects that would cost trillions of dollars—more money than the U.S. has ever spent on any project in history.

Ocasio-Cortez’s Green RAW Deal would ensure the government interferes even more with businesses, burdening millions of taxpayers via backwards policies, including to “Build out highspeed rail at a scale where air travel stops becoming necessary.” This socialist plan would not make our country green, it would take our country’s green—that is, your money.

America owes its prosperity to free market policies like tax cuts that have allowed small businesses to thrive without unnecessary government overreach. Countries that adopted socialism including Venezuela, Cambodia, and Cuba all became impoverished, serving as giant red warning signs to the rest of the world. Despite this clear cautionary tale, Democrats are advocating for the Green RAW Deal. Policy disagreements are one thing, but draining America’s coffers—and then some—is beyond the pale.

Democrats must restore sanity to their ranks before it’s too late. We call on all members of Congress who are still grounded in reality to reject this clear socialist threat to the United States. 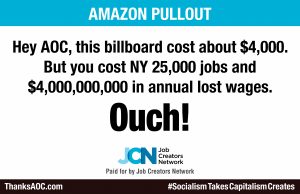 In response to criticism from Rep. Alexandria Ocasio-Cortez via Twitter on Wednesday and Thursday, the Job Creators Network erected two…