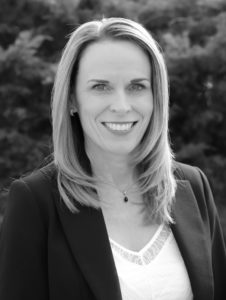 A graduate of the University of Central Florida, Elaine studied business administration. After graduating, Elaine spent time as the Public Relations Manager for Chrysler where she honed her skills and learned to expertly interact with the media and wider public.

As she learned the value of entrepreneurship and realized the amazing opportunity she has as an American to pursue her own dreams of success, Elaine became an independent consultant, specializing in areas including public policy advocacy, media strategies, and crisis communications.

While working as an independent consultant, Elaine interacted with high-profile clients like 5-Hour Energy, but also spent time with small business owners. It was during this time that Elaine began to have a deeper appreciation for the vital role small businesses play in the American economy.

Elaine uses her experience to educate other people on some of the most important aspects of the American government and economy. In her role with the foundation, Elaine oversees the media strategy of campaigns launched by the organization. The most recent initiative is Healthcare For You—a multifaceted campaign highlighting a free market, choice-based healthcare reform framework.

Today, Elaine continues to educate the American public about the vital role that small businesses play in our economy, while also advocating for policies that will allow entrepreneurs across the country to grow and thrive.